Please search for the object you'd like to make a fraud report, such as:

Bitcoiners all around the world have donated Bitcoin for refugees and rebuilding in the Ukraine.

As many might know, since the war in the Ukraine has started on the 24th of February 2022, there have been a lot of news about Bitcoin donations to the Ukraine.

The initiator of the donations is this website savelife.in.ua which states their Bitcoin Address is bc1qkd5az2ml7dk5j5h672yhxmhmxe9tuf97j39fm6 (Address) where they accept donations. They accept various ways to donate as seen on the picture below. The one we care and write about here is the bitcoin donations only. 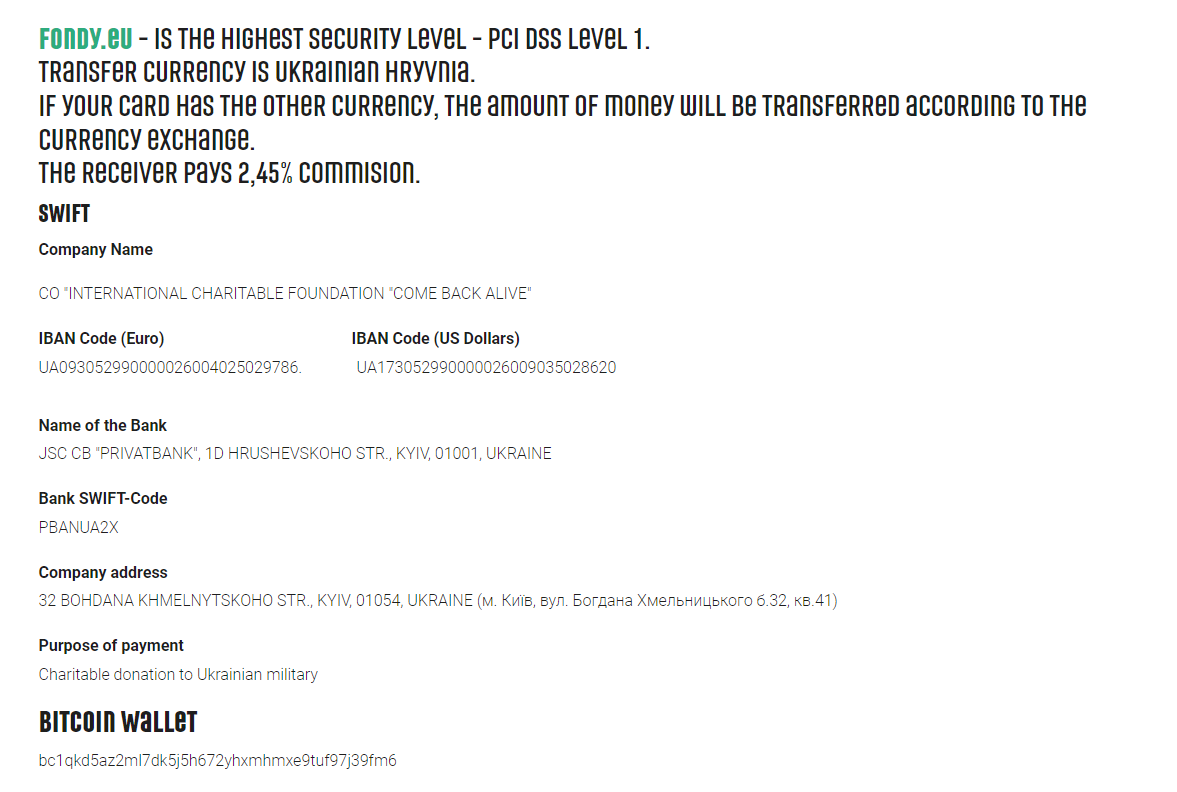 First we have detected that this address belongs to a bitcoin W-4210505922 (Wallet) with at the time of writing has a total of 35 Bitcoin addresses with the vast majority of all transactions going towards the above mentioned donation bitcoin address. We assume that all the other addresses are change addresses as the transactions on those are trivial.

The 80 Bitcoin donor is this W-0265089945 (Wallet) . It had a total Balance of 111 Bitcoins prior to the donation and was used last time before the donation on the 16th June 2020. If we track those funds back, they go back to 2015 with very little movement in between, so it is presumed to be a private owner as there have been no exchange wallets associated in the past back to 2015.

We have been looking at the analytics of the bitcoin wallet as we are mainly curious about the outgoing flow of the funds. We are focusing on the biggest transfers out of the wallet and will highlight them below.

Then there are a few deposits to Binance deposit addresses, assuming those funds have been converted into stable coins or fiat currency.

9 Bitcoins have been sent to this W-4229405064 (Wallet) where they still remain. This seems to be a private wallet with a current total Balance of 36 Bitcoins.

7.5 Bitcoins have been sent to this W-4296861532 (Wallet) where they still remain. This also seems to be a private wallet without any outgoing transactions yet.

In total around 25 Bitcoins have been sent to Binance. Those are the coins we are certain that went to a Binance Deposit wallet. 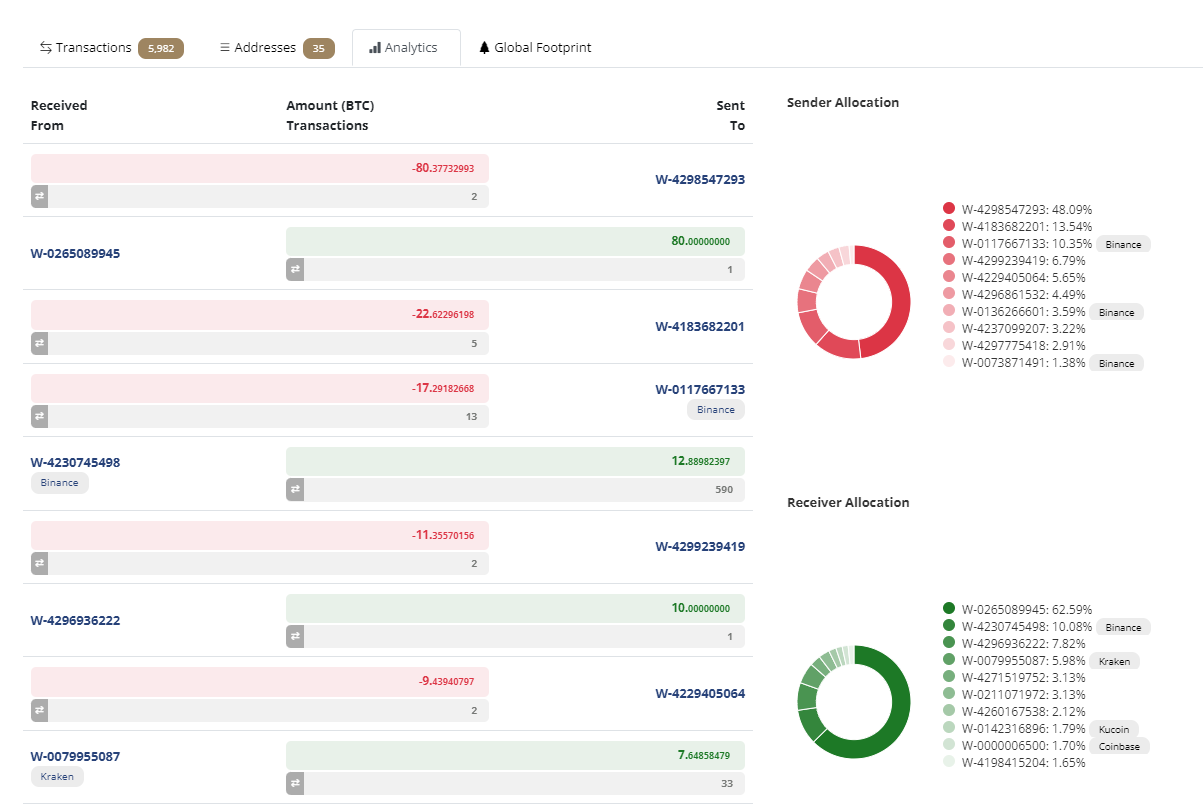 We do want to make any statement or claim any fraudulent activity as we are just writing this article to bring transparency. We have not seen anything that would make us believe that something is wrong.

We assume that the Binance transactions have been a cash out to get fiat currency to actually help on the ground but we cannot be certain as we don't know who is the actual owner behind the Binance deposits. What we surely will monitor is the outgoing transaction of over 80 Bitcoins that are still sitting in this W-4298547293 (Wallet) .

If you like to do your own research, visit the wallet and evaluate the data for yourself.